Phoenix channels, which we discussed in a previous post, are very useful for building two way communication between web clients and servers.

We also mentioned that clients doesn’t have to be elixir or erlang processes, in fact multiple clients exist for different languages.

The JavaScript ES6 client seems to be the reference implementation for the phoenix channels clients, this is somewhat nice since it is possible to run JavaScript from many environments; mainly from web browsers and even from native smartphone OS SDKs via various incarnations of the WebView component.

As you may know, I am currently working on a Xamarin mobile application and it would be ideal to use a C# implementation of the phoenix channel client instead of embedding the JavaScript client somehow.

Fortunately, there is a pretty stable (so far) open source C# implementation called PhoenixSharp that I managed to get working in a Xamarin project with some tweaks.

using phoenix-sharp in a Xamarin setup

The PhoenixSharp repository can be cloned and the main project can be added to a Xamarin Solution as an existing project. The PhoenixSharp project is targeting .NET Framework 3.0 to ensure compatibility with the Unity game engine.

The project wouldn’t initially build in my machine I suspect that this is due the fact that the .NET Framework 3.0 SDK is not installed, I was able to get the project to build by changing the target to .NET Framework 4.5.2. 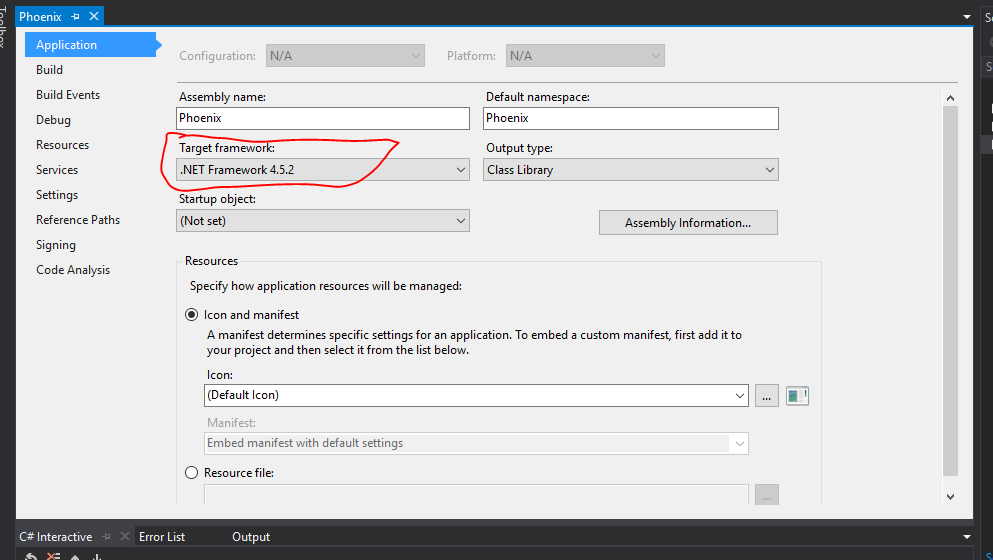 The simplest thing here is to use the WebSocketSharp library to implement IWebSocket. An example working implementation is provided in the project’s ReadMe.

The library depends on Json.NET especially on its Newtonsoft.Json.Linq.JObject type, payloads returned from the server are available as JObjects inside the message receiving event handlers.

It is possible to create a socket connection by providing the url of the server as well as the connection payload that will be passed to the Socket.connect function on the server side.

A channel is created by providing a topic and is typically joined just after, joining the channel via the Join method allows to send and receive messages to/from the topic. It is possible to register join reply callbacks to react to eventual errors when joining the topic.

The On method allows to register a callback that will handle the specified message.

The Push method allows to send messages to the backend that will be intercepted by the proper Channel.handle_in function, it is possible to register callbacks for eventual replies.

The channel connection can be thought of as a continuous stream of incoming messages and can be easily modeled as an observable collection.

The messages and replies reception callbacks can be used to push the received data to the messageStream IObservable<MessagePayload>, here we used the Subject<T> class available in the System.Reactive namespace which is an IObservable<T> implementation that must be used with caution.

This is a great way to handle incoming message events that, as discussed in a previous post, allows to decouple event notification from event handling.

As we mentioned previously, messages and replies payloads returned by the backend channel are represented as Newtonsoft.Json.Linq.JObject objects, e can access data in the JObject by using the indexer operator([]). Consider the following example:

The fields in the JObject are directly accessible by using the indexer operator, the ToObject<T> extension method can be used to convert fields to multiple types as we can see in the previous example.

PhoenixSharp has been stable so far, it would be very nice if in the future it gets netstandard 2.0 compatibility and a reactive based interface (as opposed to a callback based). Looking forward to contribute.